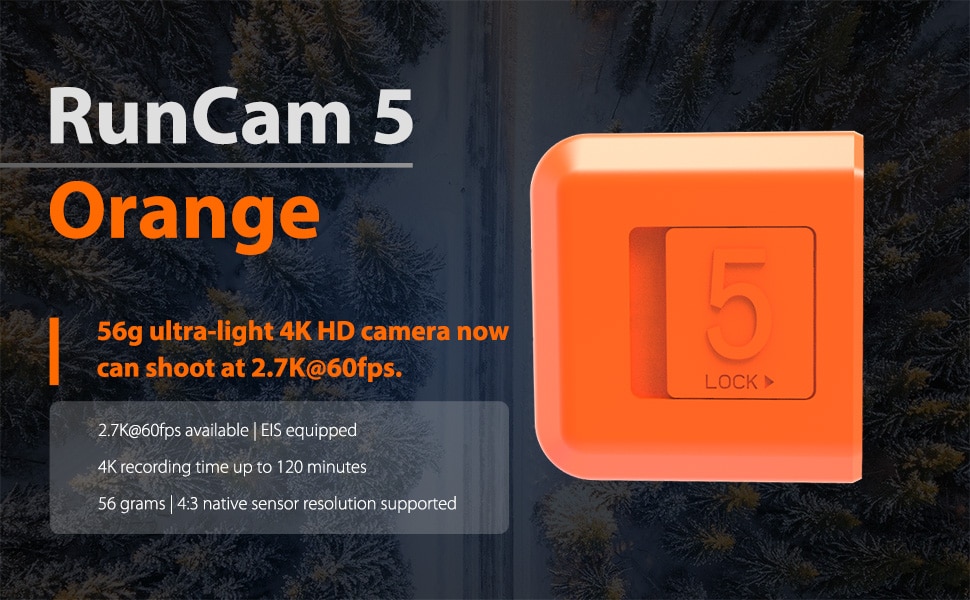 4K recording time up to 105 minutes 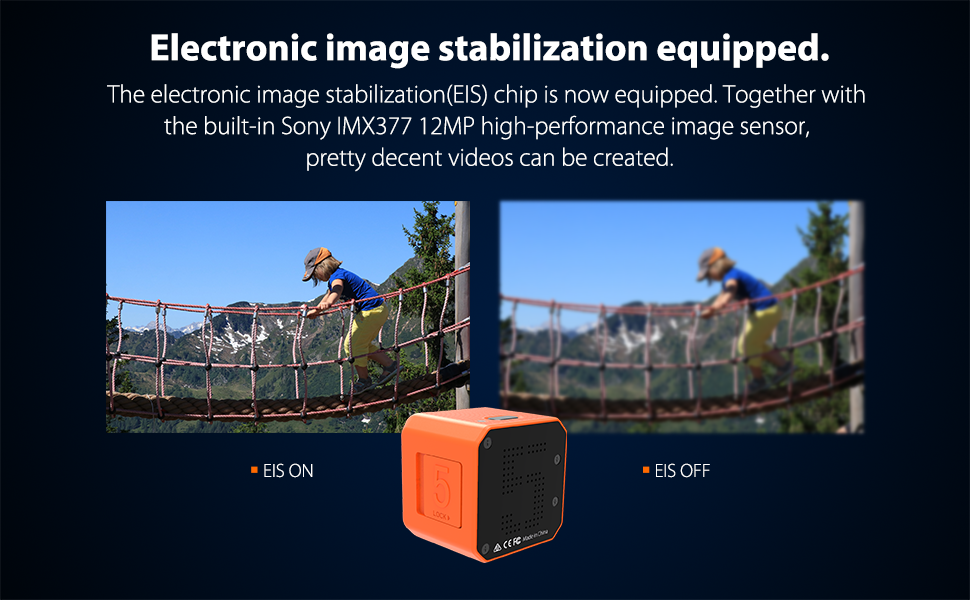 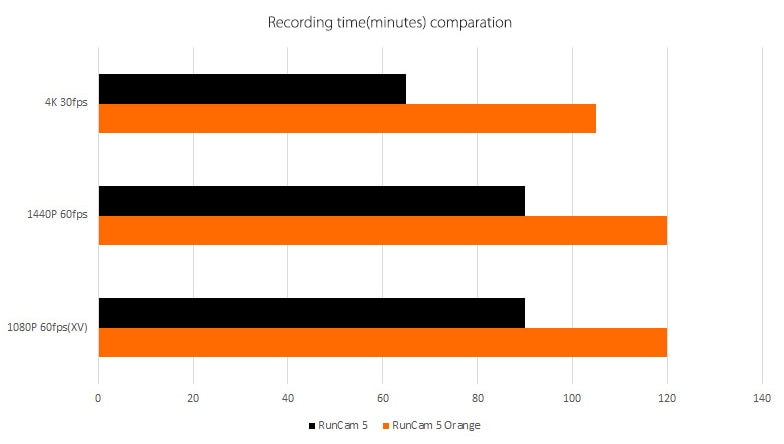 The upgraded CPU offers ultra-low power consumption. The 4K 30fps recording time now
reaches 105 minutes which is over 40% longer than other similar cameras on the market.
At the same time, the recording time of other resolutions improves by over 30%. 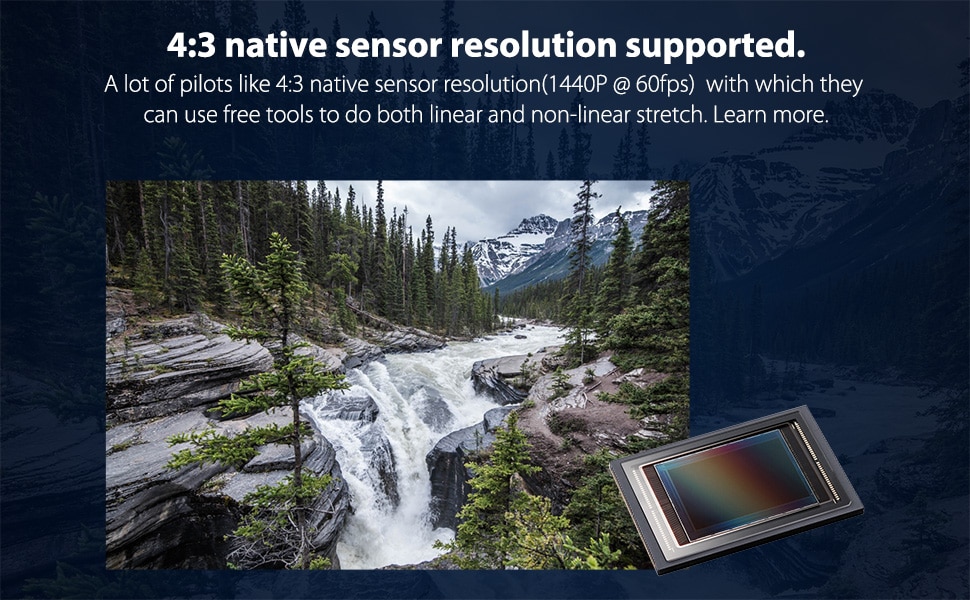 A lot of pilots like 4:3 native sensor resolution(1440P 60fps) with which they
can use free tools to do both linear and non-linear stretch. 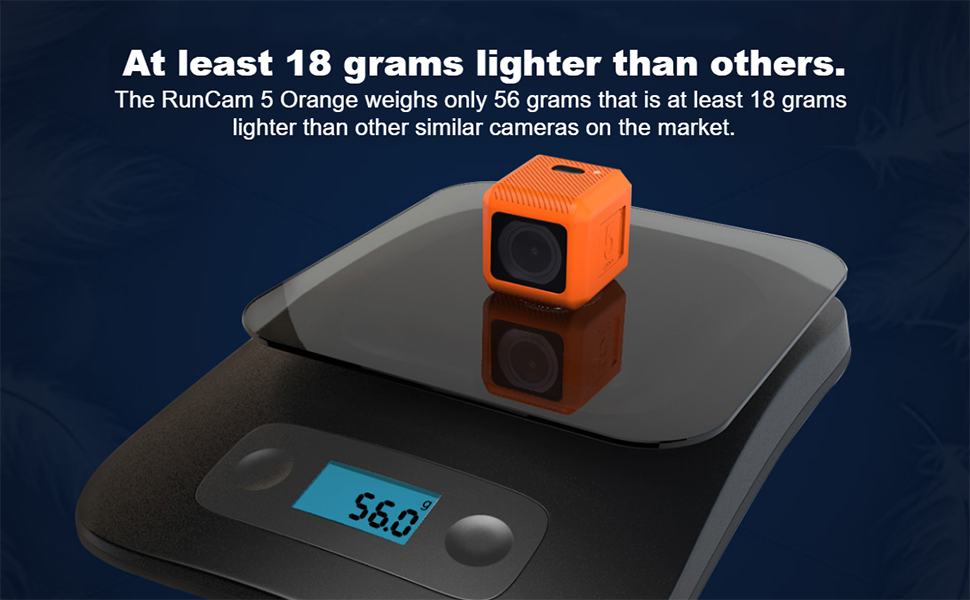 At least 18 grams lighter than others.

The RunCam 5 Orange weighs only 56 grams that is at least 18 grams
lighter than other similar cameras on the market. 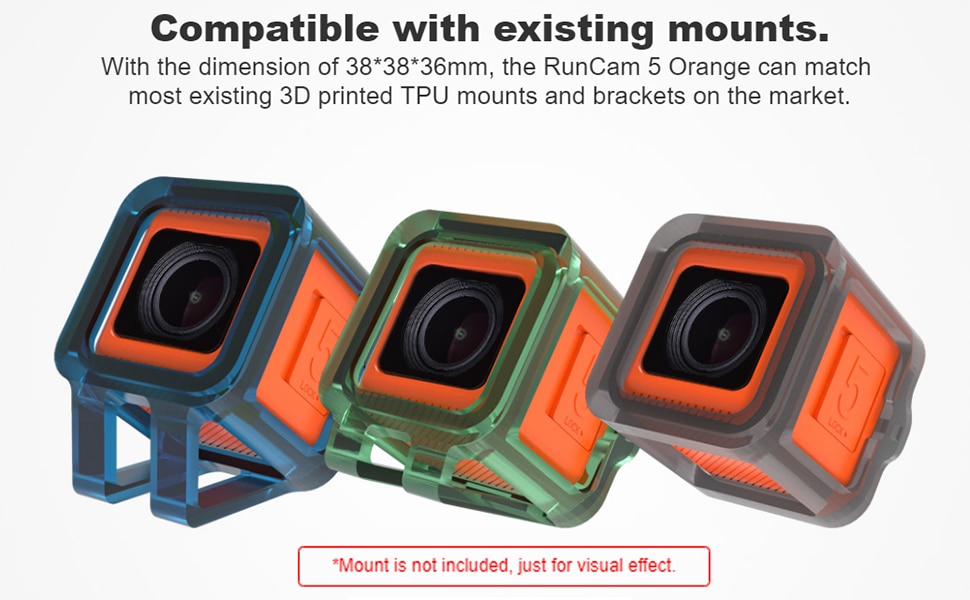 With the dimension of 38*38*36mm, the RunCam 5 Orange can match
most existing 3D printed TPU mounts and brackets on the market. 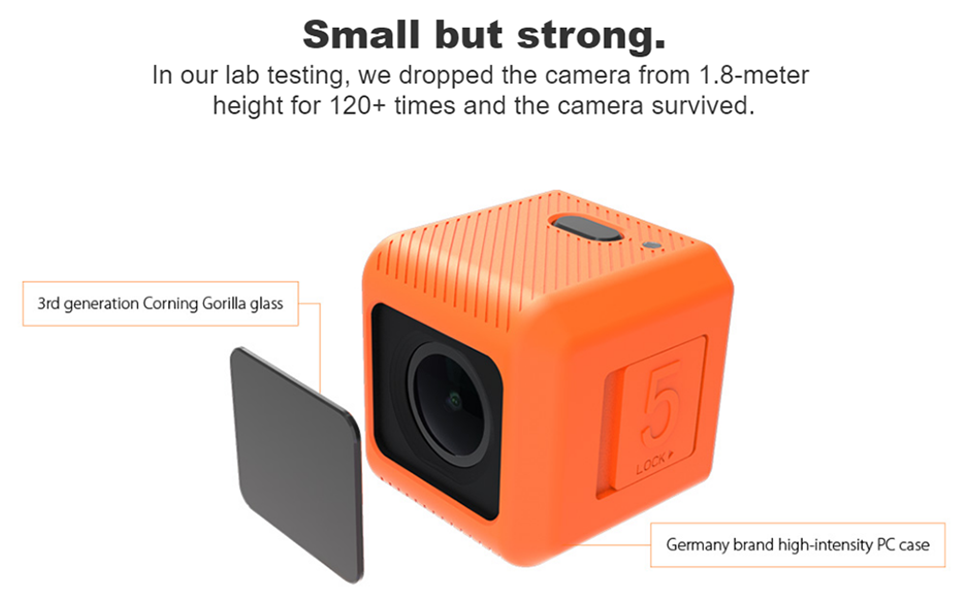 In our lab testing, we dropped the camera from 1.8-meter
height for 120+ times and the camera survived. 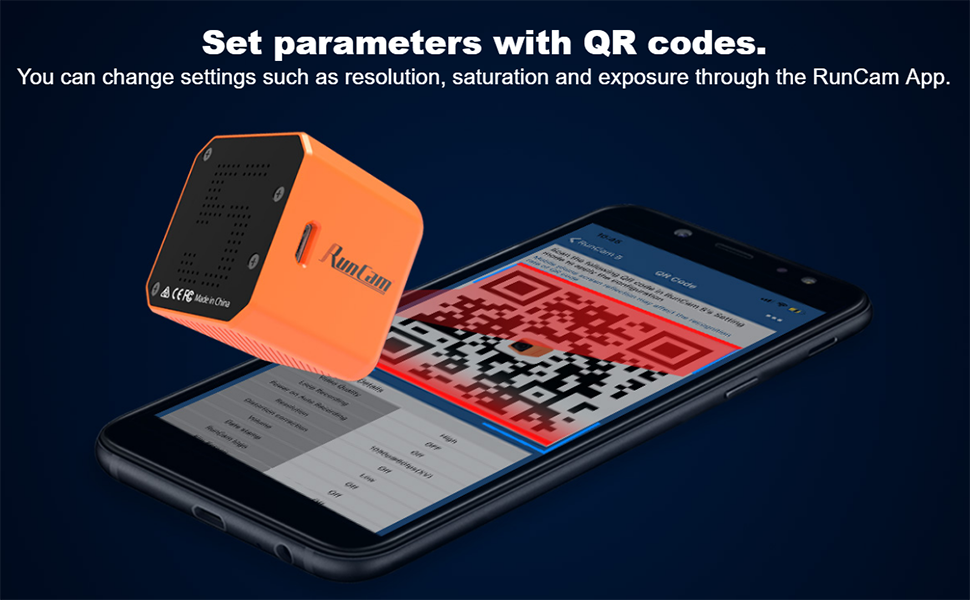 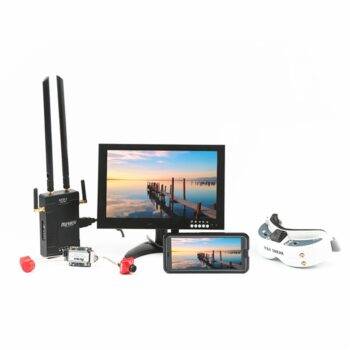 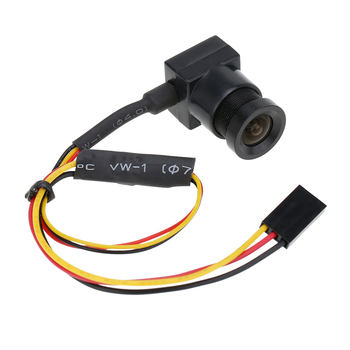 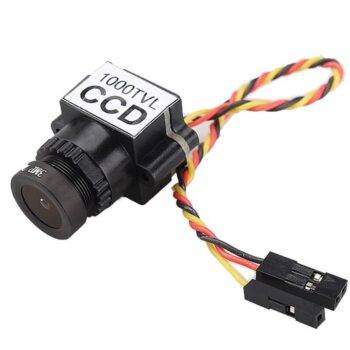 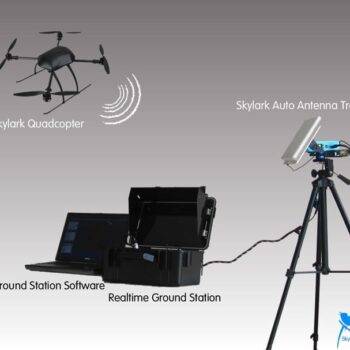 Fast shipping and delivery in great condition! Thank you! 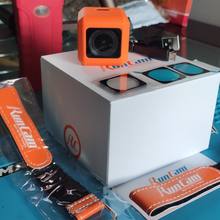 Order received in 10 days. The box contains well what is indicated in the description. The camera works perfectly and quality is at the rendezvous.

Well as described arrived in time fast, and product quality.

Super. Very good contact with the shop staff. I really like them. They are nice and reliable. I Have never been disapointed with the quality nor service.

Great camera, sadly I was told it doesnt fit into GoPro Session mounts and only option right now is 3d printed mount/case

The parcel reached quite quickly, the camera works perfectly, it did not test for the duration of work.

Quick arrival and nicely packed, I have the black version and this one is more optimized, more natural colors, eis, 2,7k to 60fps, etc. I recommend it and the store

Like clarity, colors, simplicity. Electronic Stabilization is average. In the frost on the street, the battery charge is enough for 10-15 minutes only. It is a pity that the USB works only as a charge and there is no way to rewrite files from the card, without removing it, connecting via USB.

A smart camera, here and talk a lot of no point, definitely my recommendation to buy. Fast shipping. 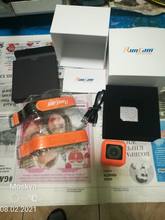 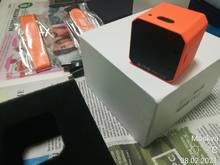 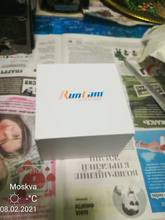 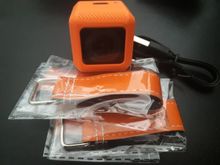 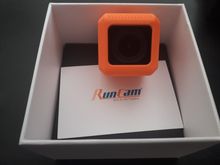 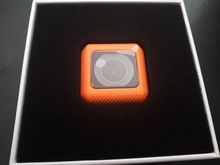 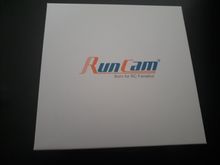